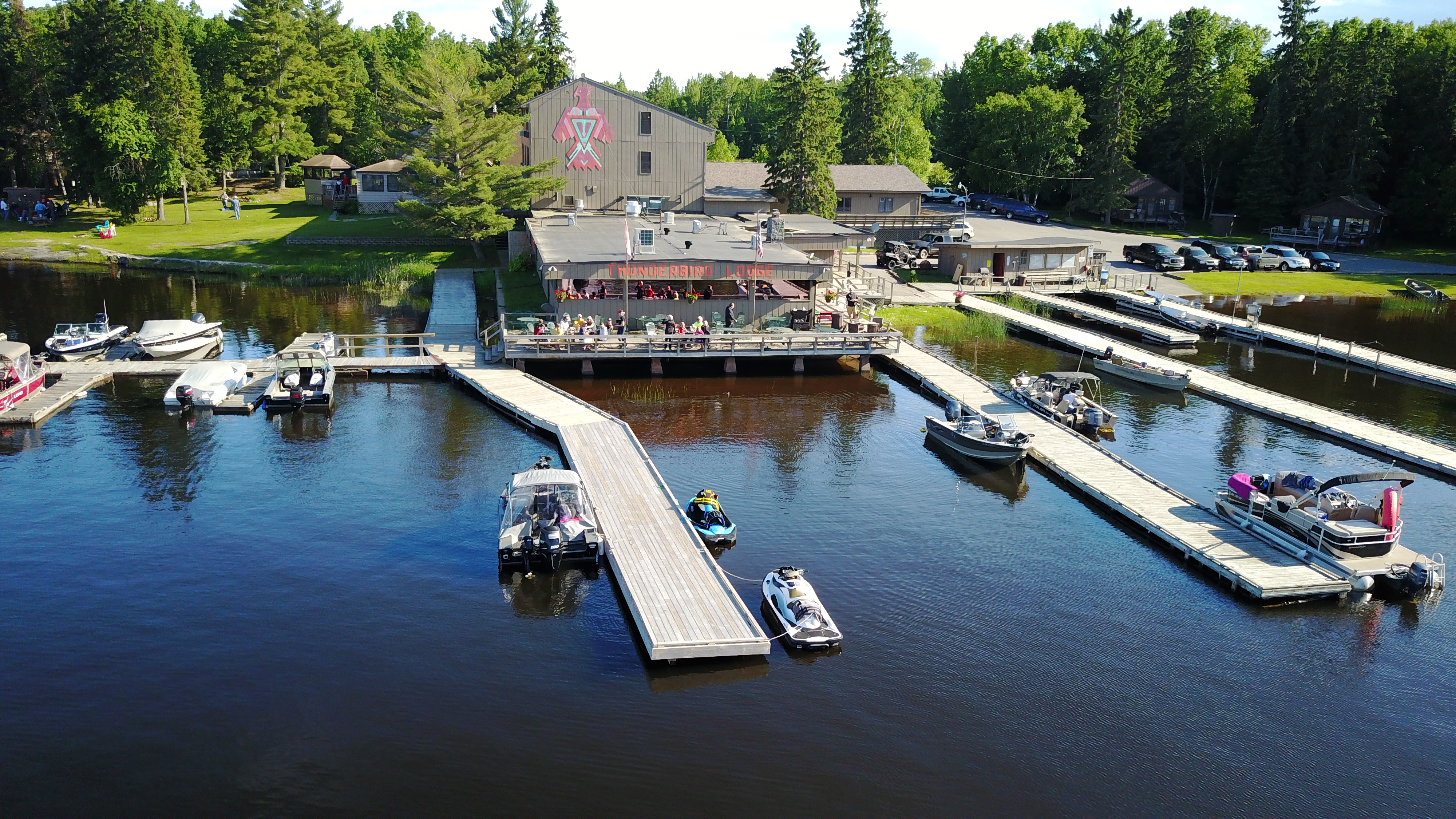 The History of Thunderbird Lodge

In 1937, “Scotty’s Place”, was started by Villa (Scotty) Valad and his wife. They built the house that is now attached to the main lodge. At that time, there was no Highway 11 East, and no electrical service. The Valad’s operated as a resort using the house, as well as some cabins. The resort relied on it’s own light plant for electricity, and would have an annual ice harvest for the summer’s refrigeration.

By 1947, after Highway 11 was built, Leon Banen purchased the resort, and renamed it “Belle Haven” Beautiful Harbor. After running the bar and restaurant out of the house, more cabins were added, and a separated dining and bar area was built, right over the lake.

Del and Lori Siewert purchased the Thunderbird in 1975. Under their ownership, the resort continued to prosper. The second and third floors were added to the main lodge, and a tennis court just south of the parking lot. They also added a swimming pool, which is where our banquet room is located today.

The Siewerts sold to Gramke-Sheritt a partnership in 1981. With a slowdown in the U.S. economy, and closure of the Insulate Plant in International Falls, the partnership soon sold to Stan and Barbara Wyman in 1985. The Wyman’s luck was no better than their predecessors and by 1986, Del Siewert was once again looking for a buyer.

Rod and Mary Jane Haanen, along with Mary Jane’s parents, Dick and Judy Dougherty became the next owners when they bought Mike and Mary’s portion in 2005.

In 2019, the Heinle family purchased the Thunderbird Lodge. Tim and Stephanie Heinle, Steve and Kara Heinle, and David and Cindy (Heinle) Gruber, own and operate the lodge year-round today.

Thunderbird boasts 11 cabins, 5 of which are winterized, and 15 lodge rooms, all recently renovated and updated.